Escort Websites and Dating Websites: What Are the Biggest Differences? 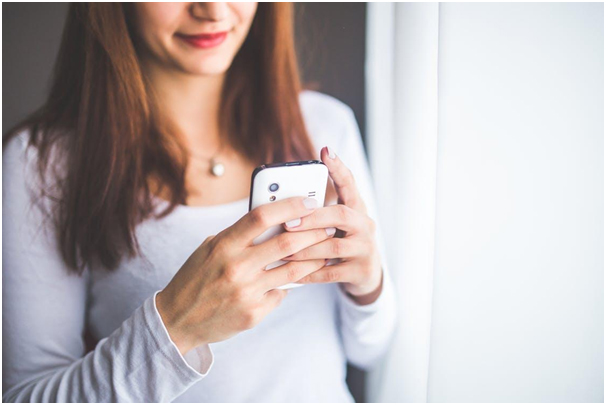 Believe it or not, your local Tinder isn’t all that different from a London escort agency. But subtle differences can indeed become glaring.
Apart from the obvious “UK escorting requires money”, there are actually few differences between new hook-up focused dating websites and websites built exclusively for escorts.
Escorting can be a bit of a cutthroat and lonely business. Especially if you like to keep your private and professional lives separate. For many escorts, it’s incredibly difficult to have personal lives that involve quality romantic relationships, especially when they’re off the clock.
To see what it was like first hand, we nabbed the time of one of our favorite West London escorts,from Amy’s Escorts London, and asked her to give us every juicy detail of her dating app experience. From match to date. Word to the wise- what she has to say might be a bit surprising, if not wholly discouraging.

Our lady of the evening is one of the high end escorts from Amy’s Escorts London, an escorting agency that provides the best quality girls London has to offer. Despite working in the sex industry for over four years, she tells us that she’s never actually tried a dating app before.
“I’m excited about the idea of it.” Our nameless cohort starts. “I am curious to see what the dating world is like when it doesn’t come with a guarantee.” Our friend says that she hasn’t really been on a date for roughly five years,  making her the ideal candidate, as most people on dating apps are looking for the love that they’ve had trouble finding elsewhere.

“I think what’s surprised me the most is how much like an escort website the app is.” She says that the quality of girls and guys using the apps is not at all what she expected. “Browsing the girls is incredible. There’s literally something for everyone. They’re all very pretty, most seem to be well put together- intelligent, independent. I’m actually really impressed that these girls aren’t already taken!” She exclaims. As for the guys?
“The guys are also pretty surprising. Most seem to be handsome, but the profile pictures are hilarious. I’ve never seen this many shirtless guys outside of a hen-do.” She laughs. Our cohort explains that while most of the guys seem to be handsome and leading stable lives, the majority of them post semi-steamy selfies. “I mean, it’s not weird, you should definitely want to look your best… but these selfies are insane. It looks like a London escort agency website.”
Another glaring similarity between the two sites is that guys seem to be after one thing. “It’s perfectly acceptable for a guy to go onto an escort website and choose a woman based solely off of her looks. Choosing escorts in west London based off of measurements, hair color, bra size… that’s all normal, and how you’d expect the gents to book. But on a dating website, being with a woman solely because she has big breasts seems a bit shallow to me.”
But, that’s essentially the way sites are set up. “You don’t really talk to the other person until you see their picture and maybe read their short bio, so getting an idea of who you’re looking to match with is really superficial. I think you’d really have to be looking at what the person is saying if you wanted anything more that just a casual hookup.”

Our friend has matched over 157 times in the three days of our little experiment. Talking to men from all over London, she feels that she has a good idea about how the whole dating website thing works.
“Honestly, there were some really sweet guys on here. Some that I am considering going out with.” But out of 157 matches, only a handful of guys make the cut. “It’s wild” she tells us. “So many of the conversations I’m having are eerily similar to the conversations I have with clients before we meet up for an appointment. It’s all straight to sex.” Perhaps the most obvious difference for her though, is that her clients seem to be less confident. “Most of my clients are fairly shy when we first talk about what they will be wanting from our date. These guys just come straight out with it. Sometimes in really harsh and disgusting ways.” Of the 157 matches, our friend laughs, telling us she has received no less than 50 unsolicited dick pics.
“I thought that whole dong picture thing was just a joke. But it’s incredibly real.” She giggles. “I don’t think I was ready for that.” She says that, no, she hasn’t sent out any nudes of herself in return. “I think that’s just a really sloppy way to tell a girl you’re interested! Come on lads, where are your manners?”

While our darling lady has had her fill of pictures and conversation, she has whittled the competition down to three eligible suitors. “These guys were all very sweet. While they were definitely confident, they were also kind and seemed interested in more than just my profile picture.” Our friend said that what made these guys stand above the rest was that they actually asked her about things she had written in her profile. “They showed an interest in who I am, not just what I looked like.”
This daring girl tells us that she may be a bit more comfortable with escorts herself. “With escorts, both the client and the escort are fully vetted. You know exactly who you’re meeting and you know exactly what you’re getting. There really aren’t any surprises.” So much like the business men she caters to, she says that she wasn’t excited about all the unknowns and emotional vulnerability.
The date nights came and went, and our queen of UK escorting said that while she enjoyed the experience, “the dates went pretty much the same as every other I’ve been on.” Where all is fine and well, until she mentions her profession. “I can understand why people may not want to date an escort. It’s a really hard line to walk. But I had fun! Who knows, I may just come back to it when I retire.” She smiles coyly. “Until then, I just don’t have time for dating.”